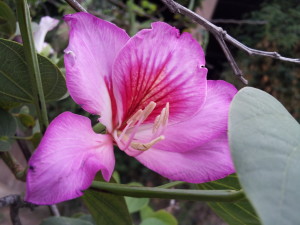 Parents of estranged adult children wonder: Should I forgive?

In my book, Done With The Crying: Help and Healing for Mothers of Estranged Adult Children

, I share the story of Doreen, whose son no longer wants a relationship with her.

Doreen asked, “Why should I forgive my son? He hasn’t apologized. And he’s not making any effort to reconcile.”

Another mom explained her thoughts this way: “Forgiveness comes when the person wants to make things right. My estranged daughter doesn’t.”

So, what does it mean to forgive? And if you are the parent of an estranged adult child who is or isn’t sorry, should you forgive? Or will it only open you to hurt?

Forgiveness can mean many things to many people. For some, forgiveness holds deeply spiritual roots, and perhaps implies a divine sense of the word that completely erases past errors. Therefore, forgiving someone who has hurt us deeply may seem impossible, or even wrong – – particularly if the person hasn’t apologized or changed. Some parents of estranged adult children may wonder if it’s right to pardon error when someone doesn’t repent.

For others, substituting another phrase such as “letting go,” in place of “forgiveness” more accurately expresses the idea. The intent has less to do with the person who has wronged us, and is more focused on dropping unhealthy responses that can hold us back. Whatever your thoughts on forgiveness, read on for more discussion and why forgiveness may be helpful to you.

For many, the saying, “forgive and forget,” comes to mind, but forgiveness doesn’t always require forgetting.

If we’re lied to, stolen from, treated with indifference, subjected to angry outbursts, or in some other way hurt, forgetting the past and letting our guard down completely is probably not the wisest course. That sort of forgiveness may come across as an invitation: “I’m a doormat. Walk on me!”

Forgetting bad behavior can make us vulnerable. If a dog bites us, we’ll be wary of that dog in the future. That doesn’t mean the dog will definitely bite us again, but expecting that it won’t isn’t logical.

Forgiveness also doesn’t erase the consequences of bad behavior. A crime victim may “forgive” their assailant, but that doesn’t mean the jail sentence is automatically lessened – – even if the perpetrator admits wrongdoing and promises to change.

An excessive gambler may stop betting, but havoc wreaked on finances doesn’t disappear with a changed mind. If a person borrows money and never pays it back, their reputation suffers.

It’s similar for us and our adult children. Once relationships are damaged, even if a son or daughter wants to reconcile, our forgiveness doesn’t instantly restore trust we once shared. Our forgiveness of past behavior does not require we forget and act as if nothing ever happened.

Forgiving when there’s no apology. Why?

In a 2001 article in the Journal of Counseling & Development, the term “forgiveness” is defined as ceasing to feel angry or resentful. This meaning focuses on letting go of emotions that can cause distress. It’s the definition intended in most discussions on forgiveness today.

Letting go of deeply embedded emotions and resolving unhealthy resentment that can contribute to anger and guilt can be beneficial. That’s why the concept of forgiveness, regardless of the wrongdoer’s presence or attitude, has become so popular. Forgiveness, for your own benefit, is therapeutic.

In an earlier article, I offered accepting the need to forgive as one of the first steps to letting go of anger. While anger can be a natural response to the experience of your adult child’s rejection, and anger can be healthy and help you move beyond sadness, if the anger is troubling to you or becomes overwhelming, forgiveness can help.

Doreen was miserable about her anger toward her son. She was frustrated, hurt, and consumed by thoughts of him, their relationship, and her rage. Then she felt guilty for feeling so angry.

Forgiveness: Take back your power

What Doreen didn’t immediately see was that in refusing to forgive, she couldn’t quite let go enough to move forward in peace. By holding onto blame and anger, she gave her son power over her emotions. She’s the first to admit those emotions made her miserable.

If you believe forgiveness is impossible, unjust, or are angered the topic is even proposed here, don’t feel badly. Perhaps in the future you will feel differently. Or perhaps you can substitute another word such as “releasing.”

Doreen was able to accept the idea of releasing without pardoning her son’s error. Doreen came to believe that making the decision not to hold him accountable every day, while he was off happily living his life, freed her. “I was then able to get on with my own life.”

, there are information and tools to help release resentment and release troubling emotions – – in other words, to forgive.

Rejected by an adult child, why do I feel guilt?

When your adult child rejects you: First steps to getting past anger