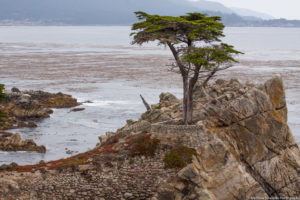 On California’s coast, a tree known as the Lone Cypress stands on a rocky precipice overlooking the Pacific Ocean. The tree is hailed as a symbol of fortitude, and people pay to drive a 17-mile loop just to see it. Many years ago, I was one of those people—and at first, was let down by the sight.

The tree makes a nice photo, and I liked the conveyed idea: a tree that clings to life, thrives despite adversity, and symbolizes courage, strength, and resilience. It spoke to a spirit of independence and strength that I admire.

Parents of estranged adult children: Even the strongest benefit from support

But if you make the trip, you’ll find out that the tree’s “fortitude” isn’t all it’s cracked up to be. In the blowing Pacific winds, partially hidden cables actually hold the tree up in place. Seeing those, I remember thinking the tourist write-ups had pulled a fast one.

But as time passed, and the storms of life pushed and pulled at me, I began to see the Lone Cypress and its moniker as a symbol of fortitude in a new light.

The word, “fortitude,” means strength in the face of adversity. Once-upon-a-time, a seed fell into the rocky soil. Its inner strength defied the harsh elements at the edge of the cliff. The seed began to grow.

Many of us are just this strong and independent, perhaps to a fault. We’ve survived adversity. We’ve even thrived in life’s rocky soils. But for me, as for many of us, there comes a time going it alone isn’t the best choice. Just as the tree might have lost its footing and crashed into the ocean if it weren’t for the cables, even the strongest among us, at times, need support.

Thankfully, we can choose to step away from the precarious cliffs of manipulative or one-sided relationships, calm the winds of negative, circular thinking, and plant ourselves among the nourishing forest of help and support.

How can you support your well-being?

Parker, a divorced father, tried to maintain a relationship with his daughter, who was 12 when his marriage ended. Their relationship grew increasingly tenuous, and after she graduated college, she made room for her father only for holidays. She’s now in her 30s. Over the last several years, Parker has repeatedly reached out to try and foster a relationship with her and his young grandchildren, without success.

“I needed to get free of trying so hard,” Parker explains. “In the last eight or nine years, the only time she contacted me was when she needed money. I’d give it to her, and then she’d go back to ignoring me. On the odd occasions we did spend any time together, or if she answered her phone, she’d pick a fight. It always ended badly.”

When Paker made the decision to give in, and lovingly disengage from the one-sided relationship, he realized just how much self-criticism and negativity had been taking up psychological space. “I was always wondering what I’d said or done wrong, and how I could be more careful next time. What would I say when I called her next? What possible ways could she react? How could I adjust what I said to avoid that response? It was exhausting.”

Entrenched habits can be difficult to break. Parker isn’t the type of person who readily asks for help. Like others who pride themselves on their independence and strength, Parker is used to being the ones other people ask for assistance. But even the Lone Cypress, a symbol of strength and fortitude, requires support.

My book, Done With The Crying

, is not just for moms (as explained here). Since early last month, it’s also now available as an e-book, too.

Fathers, feel free to join the online support forum for parents of estranged adult children as well. While most of the members are women, a few men have joined and occasionally post. Quite a few fathers populate the Facebook Page too.

Are you a symbol of fortitude, standing all alone on the edge? Don’t suffer through the experience of estrangement all alone.

What do you prescribe for yourself? 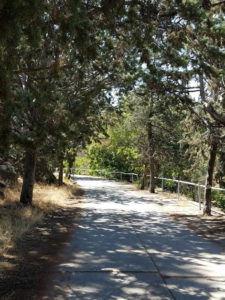 Some abandoned parents say:  It’s more difficult to move beyond the pain of estrangement when you’ve lost your only child and/or grandchildren.

Other parents say: It’s more difficult to move beyond the pain of estrangement when you have other adult children and/or grandchildren to worry about.

Which assertion is right? Both.

There are a few old sayings about whatever you think being true. In this case, if you believe your situation is more difficult than someone else’s, it will be.

Healing from emotional pain isn’t helped along by comparing your situation to another person’s. It’s about realistically looking at your own situation, and then devising constructive ways to move forward.

When we compare, we’re comparing an imagined reality rather than what’s real. Below are a couple of examples.

Parents whose only child is estranged may imagine a remaining family in solidarity and support, but they’re overlooking what it can really be like for emotionally devastated abandoned parents to:

Obviously, there are struggles and complexities for parents who have other minor and/or adult children—often not considered by those who envy them. The converse is also true.

Parents who have other children and grandchildren may envy what they see as a sort of freedom. They imagine that parents whose only child is estranged have the time and energy to focus on themselves and their healing. But they may overlook the magnitude of what it’s really like to feel all alone and: 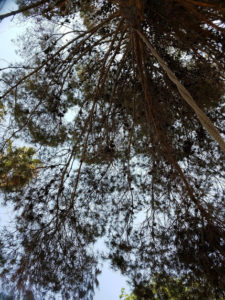 In the introductory pages of Done With The Crying

, I ask that readers be kind and fair to the parents whose stories are shared in the book. I wanted readers to remain open to learn from the shared experiences, to find similarities that help them apply others’ experiences to their own.

Our stories are unique, but we’re united in the common bond of estrangement. We can help each other rather than compare (or judge). 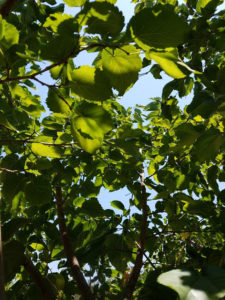 Recently several parents whose only children are estranged (some with grandchildren they also miss) have taken advantage of their newfound freedom to pursue goals they put off to care for the family. Several grandmothers are off to earn graduate degrees, or finish ones they started. One is focusing on her art, another her writing. Others are pursuing volunteer and civic projects, or joining in social movements. Some parents speak of never remarrying after divorce or a spouse’s death because of the children, but have now tackled fears of being judged for their situation. They have sought and found partners with whom to share their lives.

Parents with other children and grandchildren have broadened their horizons, too. Some conclude that pursuing their own goals and dreams is a healthy investment, and are doing so now rather than leaning as much on their other children/grandchildren for happiness. This includes educational and career goals, as well as developing other interests and friendships outside the family—and encouraging their remaining children to also spread their wings. Others have learned to ask for support, which helps them in turn to provide support for the rest of the family.

See the weak spots and do what helps

Rather than comparing your life in a way that puts you at odds with other abandoned parents of estranged adult children and keeps you feeling stuck, focus on what will help. Take an honest look at

your life. Then get started at helping yourself.

Find constructive help in Done With The Crying: Help and Healing for Mothers of Estranged Adult Children

(which is for fathers too!).