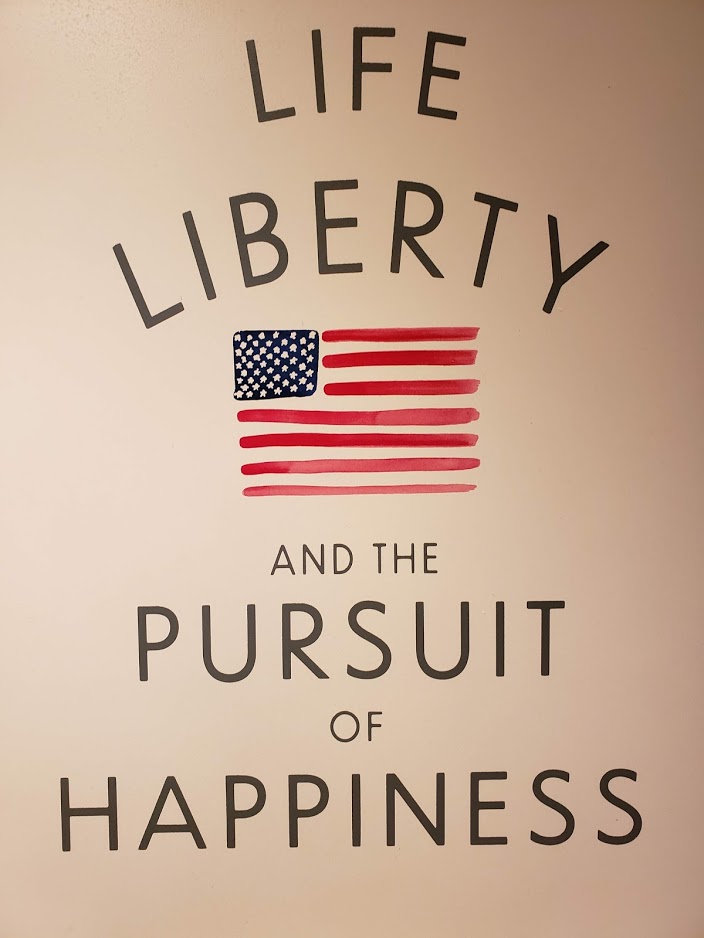 This weekend, the United States celebrates Memorial Day. The holiday honors those who sacrificed their lives in past wars to preserve our treasured freedoms. Since people all over the world read my books and visit this site, you may not be familiar with Memorial Day. But you can surely relate to the peace of mind and emotional freedom sought by at parents whose adult children disown them. Those are the sort of freedoms this article will discuss.

I’ve received many emails from parents about their changed perspectives, their opened eyes, and the new direction they’ve taken for their lives. At some point, most parents come to accept what they cannot change. Eventually, with continued effort and support, most learn to break free from their emotional bondage to adult children who snub and abuse them.

As I once did, these parents make a purposeful decision to stop focusing on the loss. And then they follow through with a concerted effort to remember all the good they did. Things like sitting up with a feverish child or patiently explaining complex homework they themselves may have had to learn first. They served as a team coach, cooked healthy meals each day, or white-knuckled their way through practice sessions with their teen driver behind the wheel. These unsung heroes are the veterans of estrangement who fought their way back to a fulfilling life. Read on and allow their thoughts to inspire you.

Augustyna is a widow whose son is her only living family. As he grew into a mouthy teen, she tolerated his disrespect because she loved him and hoped he would change. In his 20s, he periodically cut off all contact with Augustyna. In his absence, she didn’t miss his temper tantrums or lies, but she was also lonely. Eventually, she always reached out again, mostly to silence.

Once, when her son had lost his job, he reconnected and stayed with her for a few months. At first, he seemed to want to get along, and she hoped their relationship was on the mend. Then, as he regained his footing, he began badmouthing and rejecting her again.

In a fit of anger one evening, Augustyna’s son slammed her hand in the door of her top-load washing machine. For the next few days, she hid the injury from everyone.  A week later, her son arrived to collect his belongings. Augustyna tried not to grimace as she tucked her painful, bruised and swollen hand into her jacket pocket so her son wouldn’t see that he had hurt her.

A few years later, Augustyna was diagnosed with terminal cancer. When she called to tell her son of the diagnosis, he cursed her and said he hoped she’d die soon. Depressed, Augustyna agreed with his hope, but lingered on in misery. Her son cut off all contact again, and at the urging of her doctors, Augustyna continued her treatments. Now, five years later, her cancer is in remission.

Augustyna recently asked a priest and a rabbi why God didn’t just let her die. They both said He must have a reason for her to live. That’s when she found this website and shared her experience to help other parents. Until now, she hadn’t told a soul about her son’s physical abuse.

When Augustyna reflected on her life, she realized the injury to her hand wasn’t the first time her son had physically hurt her. There were previously a couple of slaps and pushes. He also called her deplorable names that I won’t repeat here. His ongoing verbal abuse had left her feeling demoralized, questioning her ability as a parent, and lacking self-worth. That’s what abuse by someone you love and sacrifice for can do to you.

These days, Augustyna looks back on her life and sees all the good she did. After her husband died, she worked to provide for her son. She supported his interests, was always there to help, and says he wanted for nothing. She also paid for his education. Augustyna knows that she is not to blame for the person he has become. His decision to hurt and abandon her is all on him.

As a cancer survivor, Augustyna has looked death in the face. She will never allow another person to make her doubt her self-worth, or abuse or control her. She’s not sure how many years she has left to enjoy life, but she won’t waste another minute on her abusive son.

Sadness: Just a few days out of the year

Martin and his wife, Joan, also had one child, a son who is now in his 40s. Like so many parents whose children disown them, Martin and Joan were sad for a long time over the rejection. They attempted to reconcile, but other than a few phone calls and texts, never got far. At times, their son would say he wanted a relationship. He even apologized. Soon after though, he always shifted gears. He would call them names, lay blame, and make accusations that had no basis in reality.

When their son was to be wed, they received a formal invite from the bride-to-be’s parents. At that point, Martin and Joan had been disconnected from their son for six years, the last three with absolutely no contact. After much deliberation over whether to attend the wedding, they texted their son to make sure he knew they had been invited. He replied with a casual, “Oh yeah. You’re welcome to come.” They decided to go, which they regret.

The event was awkward at best. They were placed at a table with the bride’s distant relatives and were ignored by their son and his new in-laws. During the ceremony and for much of the reception, Joan fought back tears. Martin’s asthma flared up and he ducked out several times to use his inhaler. Distressed, they left before the gifts were opened and even scrambled to get an earlier flight home.

After the wedding, Martin and Joan stopped reaching out. “We gave in like your Done With The Crying book says,” Martin explains. He and Joan felt they had no other choice but to go with the flow.

These parents have worked hard to build their lives in new directions that support their well-being and keep them engaged in life. For the most part, they are happy. “We were parents for a season,” Martin says. “I still have pictures that show what a beautiful a time that was.”

Martin wrote to me around Mother’s Day because Joan was feeling sad. He was looking for something to cheer her up. He and his wife are like many parents whose adult children disown them and find that special days revive their sadness. Some write in utter anguish, saying they are “back to square one.”  Others say they will “never get over the estrangement.” They wallow in a dark alley of thinking that dooms them to continued despair.

I understand these thoughts.  When my son disowned me and the rest of the family, I became all too familiar with the “dark place” many parents describe. I know how bleak life can look for rejected parents. One hopeless thought can lead to the next so that life doesn’t look worth living. The rut of such despair is a trap that I’ve written about extensively to help parents break free. One way is to put things in perspective. Rather than get caught up in the mire of defeatist thoughts, we can think the way Martin does.

Having done the work of building a good life despite his son’s decisions, Martin puts it this way: “In reality, the sad days are only a few out of the year. A birthday, a holiday, and then we’re back to our regular life.”

Martin is right. There are 365 days in every year. How many will you allow to be all about the sadness of estrangement?

What can you take from these stories? What can you empathize with, relate to, and learn? You may have another helpful perspective. As these veterans of estrangement have done, I hope you will share your stories of courage in the fight for your peace and emotional freedom. Feel free to leave a comment. By sharing your experiences, you help other parents whose adult children disown them—and you help yourself.

Freedom for a new era

The void: Fill it or feel it?