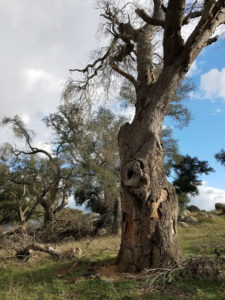 NOTE: I don’t often use the word “abuse” when talking about estrangement. For some, though, the term fits. Estrangement itself, by adult children toward caring parents, can be viewed as a form of abuse. If you’re not comfortable with this terminology, use the search functions to explore other articles with specific topics relevant to parents of estranged adult children. — Sheri

The perverse opinions of abusive adult children can make parents see themselves in a warped mirror. One that distorts them so much they no longer recognize themselves. This might have happened over time, or overnight.

“All I could see were my failures,” recalls Barbara. “My own daughter told me I ruined her life, and she had a million detailed memories of how I did everything wrong.”

Imagine waking up one day and seeing a monstrosity reflected. That’s how parents can feel when an adult child’s abuse includes blame, accusations, and twisted memories.

In the beginning, Barbara spoke up. “It was as if my daughter woke up one day and had brand new memories,” Barbara explains. “She recounted her life with a black cloud of doom over her head, and the cloud was me.”

Because the vast majority of parents want their children’s happiness above all else, they reevaluate themselves through the son or daughter’s perspective. They’re willing to look at how their choices may have been seen through their child’s eyes. All parents make mistakes. Also, it’s possible a child didn’t understand a parent’s choices, the motivation driving them, or what might have been happening behind the scenes. Those sorts of things can be discussed and worked out by willing parties.

Unfortunately, of the one hundred or more emails I receive from parents of estranged or abusive adult children each week, many of them have tried—unsuccessfully. Barbara certainly did. Offers for mediation, counseling, or to just sit down and talk, have been met with such things as flat-out refusals, silence, or more abusive rants.

Seeing the real you

Many parents are surprised to find that there are so many like them who have suffered from cruelty, abandonment, put-downs, and endless blame. And because it’s a controversial subject, they’ve been afraid to tell anyone for fear of judgment. Or, as is often the case, they’re keeping quiet to protect their adult child’s reputation.

Barbara knew she had done her best. She’s like other parents whose self-image can get lost to a flawed reflection provided repeatedly by abusive adult children. I routinely hear from parents convinced they’re failures, deserving of the pain or abandonment their sons and daughters inflict. After all, they reason, if they were a good mother or father, their children would love them.

They may try everything to maintain a relationship. Barbara’s daughter threatened to keep her grandchildren away, so she walked on eggshells.  “If I said anything out of line, which could be anything depending on her mood, then the tirade would begin.” Eventually, Barbara’s then 36-year old daughter began posting lies on Facebook about her. At the time, Barbara was recovering from surgery. At her breaking point, she replied, publicly asking her daughter why she’d lied. The postings were deleted, but Barbara’s daughter went no-contact. “It wasn’t the first time,” says Barbara. “But it has been the longest estrangement so far.”

With a health scare that became a turning point, Barbara knew she had to make a change. That’s when she began to look for help. But after years of warped opinions from an abusive adult child, she had little self-confidence.  “If I raised this person who turned out to be so cruel, then how could I be a successful mother?” she asks.  “My daughter had reminded me what a failure I was every chance she got.” 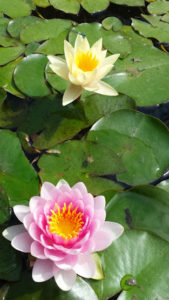 When suffering parents discover my book, they tell me they’re shocked to read so many experiences that mirror their own. And although it’s sad to know there are so many suffering, the knowledge is also heartening. They’re no longer alone. In reading other parents’ accounts, they get a clearer view. They see themselves in others’ stories, and recognize they were also good parents who did their best.

Once parents have a clearer reflection, they can explore positive changes to help themselves move forward in their own lives. One of the first steps is to look more closely at how much an abusive adult child has affected their lives. The inflicted suffering entails more than sadness and grief. Bitterness, lack of confidence, anger, fear, and anxiety have often crept in. In Done With The Crying: Help and Healing for Mothers of Estranged Adult Children

, there are many exercises, and one designed specifically to help with this vital step. Holding the magnifier up to examine changes in themselves is one of the first steps to making positive, concrete plans to regain confidence, find meaning, and happiness again.

One woman who found this website and my book after 20 years of grief described her life as a “living death.” Now, she’s glad to have found a way out of the roller-coaster of emotions, the shame and sorrow, and to stop crying and to start celebrating life. 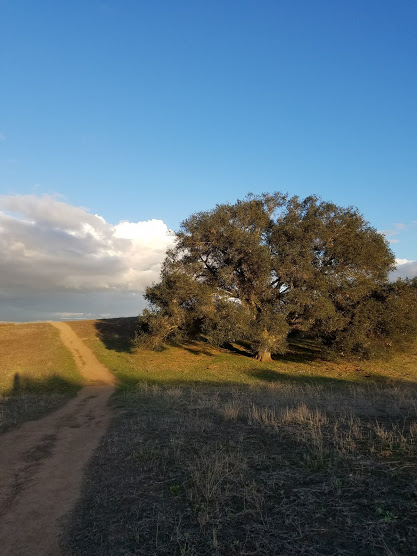 Barbara says it’s too late to reconcile with her daughter. There has been too much heartbreak, and her daughter has refused any sort of counseling or mediation. “I miss my grandchildren,” she says, “but I’m hoping to one day see them again.”

Barbara’s expresses the sentiment of many grandparents who, due to estrangement, have lost touch with precious ones. But I sometimes hear from grandparents who have received their wish. There’s a knock at the door one day, and it’s a grownup grandchild with that same sweet smile, wanting to reconnect. When that happens, you’ll want to be ready, so take care of yourself. As one grandmother recently advised, “Get dressed and put on lipstick every day.”

Don’t wait and hope, mired by inaction that only adds to your grief. You can clean the mirrors of guilt and shame and see yourself for the loving parent you have always been. Like thousands of parents who are learning to accept what they cannot change, and see their goodness again, you can be done with the crying. Take action for yourself and your happiness by reading more of the articles at this site, getting Done With The Crying: Help and Healing for Mothers of Estranged Adult Children

and committing to the included exercises. Subscribe to my email newsletter (below) and take the survey. By taking action, you can be like so many parents who have recovered from the sadness and pain caused by abusive adult children, on-and-off or full-on estrangements. Treasure your life. You can find happiness and meaning again.

Rejected parents: Should you tell people?

Parents: Have you had enough?