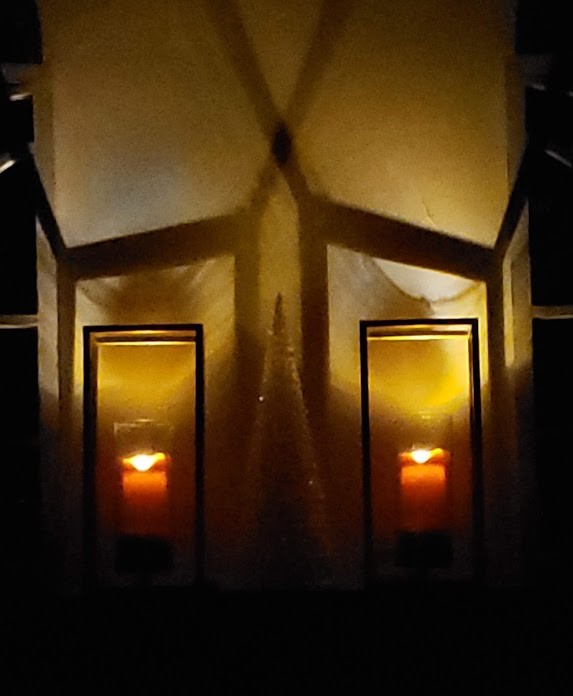 Whether your semi- or previously estranged adult child has been officially diagnosed with a mental disorder or you’re just speculating, if you’ll be saying to relatives this holiday season, “Guess who’s coming to dinner,” this article is for you. While you can’t control everything, you don’t have to feel helpless. Here, I’ll help you devise strategies to manage interaction at holiday events in your unique circumstances.

Beverly and Thomas are apprehensive about the holidays. This year, their previously estranged daughter will be present. “And that can mean drama,” says Beverly.

From her early twenties, their daughter, Trish, was unstable in her jobs and relationships. Periods of full estrangement alternated with times when she was irritable or distant. Beverly and Thomas suspected mental illness, but their daughter vehemently opposed any evaluation that might lead to help. She eventually cut them off completely, and for three years, they had zero contact. Their daughter also refused contact with her siblings.

Beverly and Thomas were devastated but they got on with their lives. Then, they received a telephone call from an in-patient behavioral health care facility. “The social worker told us Trish needed a place to go upon her discharge. She’d given the social worker our number.”

Beverly choked up as she talked about hearing her daughter’s voice over the telephone line a day later. “Trish was tearful and apologetic, and she sounded so childlike and needy. She’d been preliminarily diagnosed with bipolar, borderline personality disorder, and anxiety, and she’d been evicted from her apartment. She was scared and conciliatory … and she needed her mom and dad.”

Beverly and Thomas could finally confirm their suspicions: Mental illness caused Trish’s instability and the years of discord and disconnect. They forgave Trish for her past cruelty to them and asked Trish’s sisters to do the same. They thought that now, their daughter would get well, and the family would heal.

Trish was discharged a week later and lived with them for more than a year. The parents were patient, kind, and trying to help. However, they describe her time with them as nothing short of volatile. Trish was hospitalized twice for psychotic episodes that included suicide threats. She also drifted in and out of several outpatient treatment programs.

“It was a tough time,” says Beverly. With a sad laugh, she adds, “Anyone who knows anything about mental illness knows that statement is loaded.” She describes her daughter’s constant mood swings and the ceaseless tension that filled their home as almost unbearable at times. “Drama unfolded minute by minute with her, and then there was the roller coaster of treatment. Hope arrived with each new program or medication, and then disappointment each time she refused to continue with the help she always said didn’t work for her.”

Thomas says, “And the failure was always someone else’s fault.”

Eventually, the couple’s daughter was stable enough to crave her independence. She found an entry-level position with a marketing company where her degree was useful and moved out. Beverly and Thomas were concerned about her living on her own, but they also admit to feeling relief. Since then, their daughter’s contact has been sporadic at best—sometimes peaceful and sometimes not. “We’ve tried to be welcoming,” says Beverly. “But we’re never sure how a visit will go.”

Thomas explains, “There’s no predicting what triggers her verbal abuse, which is mostly directed at Beverly. The last time she was here, I had to tell her to leave. Then the next day she sent flowers with an apology.”

“It’s the mental illness talking,” says Beverly. “But that doesn’t change how much damage she can do.”

In my latest book, Beyond Done With The Crying: More Answers and Advice for Parents of Estranged Adult Children you’ll find sections devoted to managing situations involving adult children with mental illness. Parents who’ve made the choice to stay in touch do so with purpose that accomplishes goals and limits their exposure thus their hurt. Examples of reconciling with adult children with mental illness (or undiagnosed instability) are included.

Identify your concerns for holiday interaction

For Beverly and Thomas, the main concern was the possibility of their daughter’s verbal abuse. An outburst would be confusing for their grandchildren. “Our other daughters have five children between them, aged six to twelve,” says Beverly. “If Trish suddenly explodes, she’s likely to call me names like ‘evil’ and ‘psycho.’ She might accuse me of abuse and say I’ve always hated her. It would be upsetting for the kids to hear their grandma treated like that.”

Beverly is still learning to navigate the murky channels between her daughter’s abuse and her own patience. She and the family are weighing what they have learned about mental illness in general, and Trish’s disorders specifically, with their desire to help and the need to stay safe themselves.

Some mentally ill individuals aren’t aware of their own disorders. The lack of insight, called “anosognosia,” makes convincing them to seek or continue treatment a rocky road. Agreeing with lies or allowing abuse is not wise or advised, but Beverly and Thomas don’t feel ready yet to completely lose touch. They speak for many parents of adult children with mental illness.

No one wants the children exposed to Trish’s venom toward Beverly, yet they can’t predict her behavior with certainty. Therefore, they’re hoping for the best. She will be welcomed for the holidays … with a plan in place.

When a family member is mentally ill, expert consensus recommends those close to them form a team of support—for the affected individual and for each other. “That’s not easy to do when you’re accused of trying to turn the family against them,” says Beverly, whose daughter has accused her of this. “But how could we have a holiday dinner with her present and not all of us talk about it first?”

Beverly, Thomas, their other daughters, and their sons-in-law have decided on some basic rules:

Your circumstances: Your unique plan

If you’re expecting difficult personalities at the holiday celebration, first identify your concerns. Perhaps, like Beverly and Thomas, you’re worried about verbal abuse that can confuse children or other relatives who may not be fully aware of the circumstances. Unfounded blame or accusations can stir a domino effect, causing questions or damaging gossip among relatives. Or your concern may be the individual’s penchant for a particular topic, drinking too much, or as one parent voiced, “Bringing cannabis-laced food.”

Once you know the concern(s), devise plans that are doable and as non-intrusive as is sensible for the circumstances. For some, that might mean avoiding hot button topics or eating out. For others, a more elaborate plan may be needed, such as the one arranged by Beverly and Thomas.

Here are a few more ideas:

“No” is an option

Some families in these volatile semi- or previously estranged situations decide to forego the holiday gatherings entirely. Alternative pursuits such as travel are always an option. If you need to beg off this year, don’t go on a guilt trip. Instead, pat yourself on the back for the part you played in all the beautiful celebrations and good times past. The holidays appear every year. If you can’t celebrate as usual this year, all is not lost. Also, recognize that taking kind care of yourself, even during the holidays, is a vital step toward your own healing.

There is no one-size-fits-all solution for planning holidays when adult children have mental illness. Ditto for gatherings where difficult personalities will be present, or when navigating prickly semi- or previously estranged relationships. Some of you may be attending events at others’ homes, where your estranged adult child will be present. Beyond Done With The Crying: More Answers and Advice for Parents of Estranged Adult Children offers specific advice for tense events of all sorts.

Do you have a worrisome event ahead? I hope you will share your thoughts to help other parents who may be managing these sorts of issues this holiday season.

Why do adult children estrange? Let’s look at nature or nurture