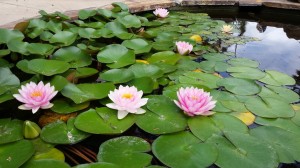 Let’s start with the positive. Anger floods us with adrenaline (also known as epinephrine), so it can push a person to take action. Some of the biggest advances in history may have started with anger, or a form of anger such as frustration. Women’s right to vote, say. Or the need to find some way to read at night besides by candlelight.

Anger can be a motivator.

In the case of an adult child’s betrayal, anger can motivate parents to take positive action to help themselves. That can mean deciding not to allow your estranged adult child to further manipulate you. Maybe you decide to get counseling or take down some photographs that remind you of the pain. Or perhaps you will no longer allow an estranged child to define you. Instead, you give yourself credit for doing your best—and assign your child responsibility for his or her own life and choices.

Anger in the form of self-preservation might also spill over to acts to protect other family members. Maybe that means changing the locks, or making express statements in your Will. Your situation is unique.

Anger as a crutch.

What’s wrong with that? Anger can have a dark side.

In the case of being wrongfully accused or unjustly rejected, anger might be expressed as indignant disbelief. That sometimes leads to an attempt to elevate yourself above those who hurt you.

Most of us have heard the expression, “I’ll show you.” The words are often accompanied by an attitude that sets a person toward accomplishment. But when it comes to anger over someone’s hurt, the attitude could morph into something more like, “I’ll get even,” or “You haven’t seen anything yet.” While that might feel satisfying in the moment, the win is probably temporary. Many of us believe that two wrongs don’t make a right.

Wouldn’t it feel better to have stepped back, thought about the situation, and responded to anger in a way that helps you feel good about yourself now—and later?

While people in the same situation might rally around anger because it represents their own feelings, or helps them feel better, anger can also become a wall. It can be off-putting to others (when we may need them the most).

It can be a scary thing to witness a person’s anger. So, while anger may act as a motivator, if we lean on it to the point of hurting other people, expecting them to also be angry, or get caught up in its expression and the chemical responses it elicits inside us, anger can end up hurting us.

Anger as a mask.

Anger can make us feel powerful, and also keep us from examining the emotions that lie beneath. In the case of an estranged parent, anger may protect us from admitting the horrible pain we feel over the rejection, and cover up the devastating way a child’s rejection threatens our identity.

Expressing anger may be a way to save face with others as well as ease our pain. It can be a sort of false bravado, because it’s less humiliating to pretend we’re strong, or that we don’t care, than allow other people to see how hurt we really are. Just because someone looks strong doesn’t mean they are. And even the strongest among us are at times vulnerable to feelings such as sadness, inadequacy, fear, or shame.

Don’t get stuck in anger.

If you’re having trouble with anger—whether it makes you uncomfortable, distresses those around you, or has become your go-to—be kind and forgiving to yourself. It is, after all, a natural reaction. But don’t get stuck in anger.

Rather, cultivate what might be more genuine strengths that will help you over time. Things like self-control in your thinking, speech, and actions. Patience that you can’t fix everything you’d like to right now (or maybe not ever), and patience with yourself as you move forward on this journey to reclaiming your life, happiness, and self-worth.

Watch for more articles in the future. For now, here is some related reading:

When your child rejects you: First steps to getting past anger

Books to help with anger

2 thoughts on “Anger: A Positive Energizer? Or An Easy Fix?”