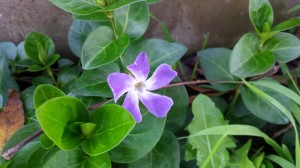 Parents of estranged adult children often email me asking, “How can I cope?” When your adult child cuts you out of his life, the pain can feel unbearable. I know from my own experience, and from the 2000 parents of estranged adults who have contacted me in the last ten months, that it’s normal to feel anger, guilt, sadness, shame, and a host of other emotions we’re not familiar with and don’t know how to handle.

While each situation is unique, and there is no one-size-fits-all cure, parents of estranged adult children can get through this, find acceptance, and even peace. As a mom who has been through this, I’ll offer some thoughts from my own experience, and from what other parents of estranged adults who have gotten past this and moved on to enjoy their lives have shared. I hope you find something here helpful.

Most fathers and mothers of estranged adults try try to repair things. They reach out by writing letters to estranged adult children. They also call, email and send texts in an attempt to find out what’s wrong and try to make things right. But what do you do beyond that, when no satisfactory reconcilation occurs? That’s the focus here. I’ve outlined some brief points for coping with an adult child’s estrangement, getting on with your life, and finding a way to live happily and successfully.

First, as is true in other areas of life, you cannot control another adults’ behavior. You can, though, make sound decisions about your own. Accept and commit to that, in order to get past the pain.

Then, take a look at these ideas, and adopt what you can. You may find that some are easier than others, or that some don’t fit at all. Or, you may come back to these later and have a new perspective. Do what you can. Discard what doesn’t feel right. Take control. You can get through this.

Ideas for coping when your adult child cuts you out of their life.

Life can be difficult when expectations are shattered, and people we love and have devoted ourselves to so deeply hurt us. It’s also difficult to move on after a devastating loss, but it is possible to reclaim happiness. Reach out and you will find support among other parents of estranged adult children.

Below, I’ve listed some related articles that parents seeking ways to cope after an adult child’s estrangement have said were helpful. You can also navigate to all of my posts by opening the menus in the site’s righthand sidebar marked “Answers to Common Questions,” and “What Parents Can Do.”

Five Ways to Move On After an Adult Child’s Rejection

Why do I feel guilt?