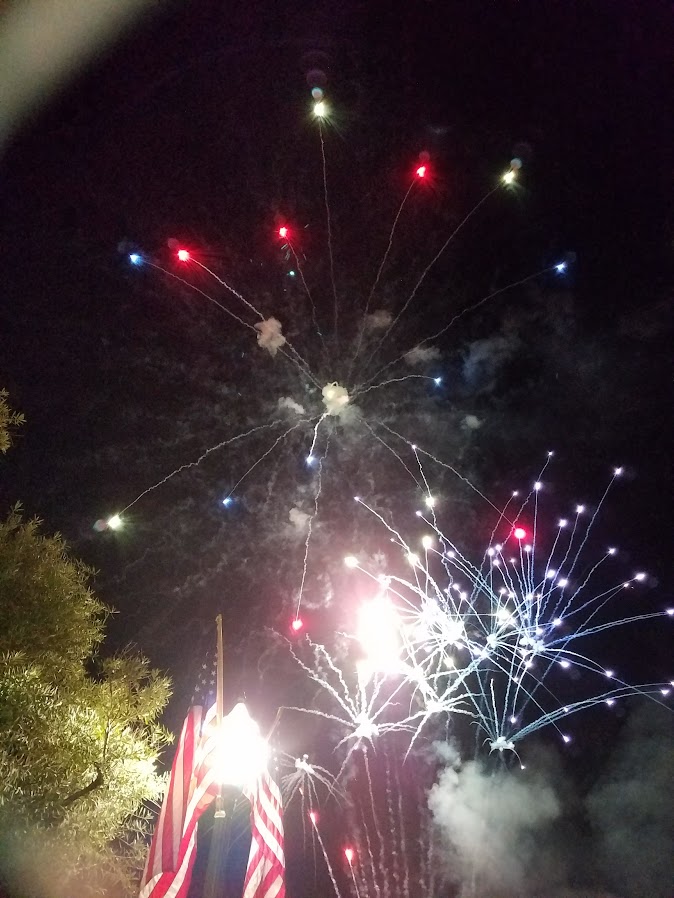 I know that holidays can be tough, and do my best to produce new articles and content for those special times. For the U.S. Independence Day this year (2022), the task felt BIG. Maybe it’s because of the disunity and distress that seem so prevalent these days. I’m not certain. The truth is that I have always loved the Fourth of July. And like so many of you, the holiday holds many wonderful memories of times infused with joy and pride as well as hopes, dreams, and promise . . . for future connection, the love of family, fireworks, and continued freedom.

This year, I’m not doing anything special. No barbecues. No watching parades. No fireworks. I realized recently that I’m just not up to any of that this year. So, I’ve given myself permission to watch the fireworks displays on television (if I want), to bow out of traffic jams and the dart-and-dodge dance of crowds. I’m not even making a red, white, and blue fruit salad or one of those Jello cakes with blueberries and strawberries made to look like a flag! As of this morning, I had decided not to write an article for the site here either. Then I realized that my decision to bow out is an article: about letting go.

When it comes to continued estrangement from adult children, we reach turning points where we either grow and change or stay stuck and sad. If you’re to move forward, you must give yourself permission to be happy, to enjoy life in new ways, and to let go of what no longer works.

It’s okay to say “no,” to take a break from what you’ve always done or said or been, and to decide you will do or say or even be something different. At this juncture of your estrangement, what are you holding onto that is no longer serving you? Consider that for a moment.

Maybe it’s that idea of a “good” parent, and what that means in terms of sending a special occasion card no matter what. Maybe that means you let go of a negative thought that has kept you stuck, such as, “I can never be happy unless…” Or maybe it means finally admitting that you have endured years of hurtful behavior, which doesn’t improve (or even gets worse), no matter how much effort you exert to keep the peace, give in, or stay in touch.

Maybe you need to:

Right now, consider what things, activities, or thinking you need to change for your own well-being. And then take an important step: Give yourself permission.

Remember, if you decided on one course of action (or inaction), that doesn’t mean you are forever bound to that decision. Not sending a birthday card this year doesn’t mean you can’t the next. Saying “no” doesn’t preclude a later “yes.” Sometimes, parents of estranged adults can get so bound up worrying about making a “mistake” in how they communicate or handle estrangement that they’re practically paralyzed. (And unfortunately, this “mistakes parents of estranged adults make” idea is one of those dumb themes I often see in the media, and even from people purporting to help–UGH.) Give yourself permission to trust yourself.

Well, for this U.S. Independence Day, that’s the best I can do. Now, it’s your turn. What can you let go or change up for your own well-being? I hope you’ll offer a comment and engage with other parents of estranged adult children by leaving a reply to this article.

Estrangement: Are you a firework? Or still standing?

Parents of estranged adults: Are you tyrannized by the painful emotions?