Estrangement: Parents whose children have rejected them may have weepy days, but they can use them for their own good 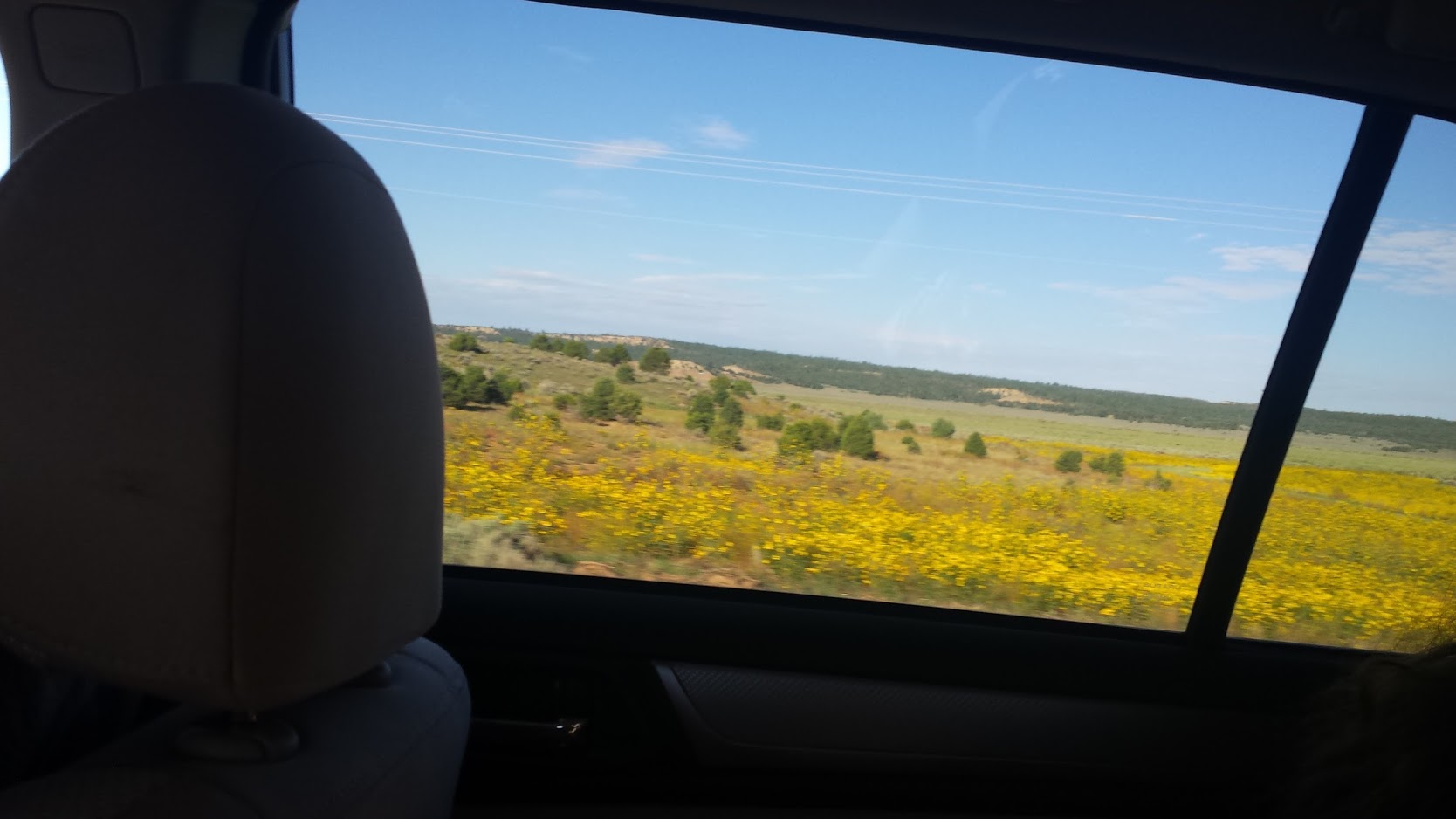 The 18-year-old face that looks at me from the photocopied passport is strong. It’s my handsome son—only I’ve seen a more recent photo on the Internet, and he doesn’t look the same. He’s changed so much that if I passed him on the street tomorrow, I might not recognize him.

Stapled to the top left corner of the page is a receipt for registered mail. Many years ago (it seems like eons now), I made the copy before sending the original to an address my son had given me. He was moving far away, so I would send it for safekeeping to the mother he’d exchanged me for. When he married, he got a new sister, brother, and father too. I don’t know who he’s with these days (and it’s none of my business anyway).

I pause in my clearing of the desk drawer to remember the day we got our passports. We stood in line at the post office, filled in the paperwork side-by-side, and had our photos taken. We needed passports for an out-of-country trip we were taking together. Just him and I. Back then, I could never have imagined all that later transpired, that he would reject me and his whole family, and that I would look back on years of estrangement that have become the norm.

The desk chair rocks slightly as the memories fill my head. On that trip with my son, we took dozens of digital photos. Mountains and cows and fields and sky. Tourist spots, views from a paddle boat, and a banana-sized slug we encountered on a trail.  It was a fun trip. When we got home, I printed out a few of the photos, and then asked my techie son if he would burn the rest onto a CD—that’s also here in the desk drawer. In black Sharpie ink on the disc, my son’s strong, square handwriting says, “Trip With Mom.”

I feel my mouth droop into a frown, but I don’t cry. I’m long past the early years of estrangement when finding a photo or some other memento could instantly reduce me to tears. One thought would lead to another and before long I’d be having one of those weepy days. Most parents of estranged adults have had them, those days when the question pounds—why?–and we feel so powerless that several days might be lost to sad, looping thoughts. Or we spend several nights sitting up in the dark, our faces streaked with tears lit silver in the moonlight.

Get a new perspective

I grew tired of those sad, out-of-control days. I didn’t like feeling powerless, unable to change the reality of my son’s decisions, yet still enslaved by them. I learned to overcome those tearful days when a memento sent me reeling. I saw those times as a chance to reaffirm the truth.

Before I explain, let me tell you about a technique called “imaginal therapy.“ Commonly used with people who suffer PTSD, imaginal therapy safely exposes the person to past trauma, triggers distress in a neutral environment, and helps them to process associated feelings, come to conclusions about the experiences, and even resolve their sense of guilt, powerlessness, or responsibility for them. Repeated exposure to past trauma, through safely imagining and recounting the experiences, promotes healing.

Next time you come across something that triggers all the pain of estrangement, consider sitting with the reality, confronting your feelings, and using the remembered exposure to reaffirm the truth for your own good. We’ll get to more about how in a minute.

Parents cut off by adult children first blame themselves—and there are plenty of people out there to echo those thoughts.  We must have been too nice … or too mean. We did too much for them … or not enough. We were too strict, too lenient, too this or not enough that. The stories we come up with ourselves or accept from authority figures to try and empathize and even justify an adult child’s rejection, go round and round and dump us off in the same old place: We failed and it’s up to us to fix it.

The trouble is we often can’t fix the relationship. Certainly not when the “child” comes up with revisionist history, is hellbent on blaming us for his every problem, or won’t talk. To continue trying keeps us in the line of fire or suffering repeated rejection. While we stall, hope, and fret, we remain in limbo, unable to move beyond the pain or get on with living life. And since we’re surrounded by memories and mementos, reminded by relatives who ask if we’ve reconciled, or faced with uncertainties about how to handle the holidays or whether we’ll run into our child somewhere and whether they’ll make a scene, our lives become mine fields for emotional triggers.

As a mother of five, it was second nature for me to forgive my children. Spilled milk, lost library books, a dented car.… Parents forgive and forget. It can be the same in estrangement. In an adult child’s absence, even when it’s an abusive one, we might idealize the good times or qualities we miss, while dulling the memories of the bad that we don’t.

The next time you have a weepy day, use it to reaffirm the history as it really went down. Instead of howling down an alley of despair, find a safe, quiet space, and go over the events as they occurred. Re-imagine the traumatic experiences, write them down even, all the while recognizing that you lived through those times. Tell yourself you’re growing stronger and more able to move beyond the pain. Imaginal therapy allows for repeated exposure through memory and recounting so that it becomes less traumatic. The process can be the same when we remember the incidents of estrangement.

Remembering the painful experiences involved in my son’s cutting-off has helped me remember details and come to conclusions I originally missed or wasn’t ready to accept. At first, most parents remember episodes or events through a lens of personal failure and imagine that if they had done something different, they could change their child’s response or prevent the estrangement. That’s why I recommend an exercise in Done With The Crying

(and in the WORKBOOK

) that is designed to help parents remember all the good they did and validate the job they did as parents. All parents make mistakes, but once we lose the self-blame that so often darkens our memories when our children turn on us, we can see the events as they occurred.

My son’s choice to estrange from our family didn’t start with anything his father and I did or didn’t do. My husband and I are loving parents who accepted and supported our kids the best way we knew how. By looking at the hurt by reliving the trauma, we’ve moved beyond it.

I take another look at the photocopied passport, marvel at the strong face of the handsome son I once held in such high esteem, notice, and then detach from the longing that surfaces. It’s only the mom in me. Setting the photocopy aside, I pick up the CD, and put it in the disc drive. When the album loads, I begin to click through, instantly confused. The same picture appears, over and over and over. Is there some message here? No. It’s just an ordinary scenery photo taken from the car window. Nothing of significance.

A memory hits. A day when he came to see us a year after his estrangement began, and he fanned the flames of hope he later extinguished. I remember the quirk of a smile on my son’s lips when he asked if I still had the pictures from our trip. I thought it was because he had happy memories of our time together. He told me he had only one photo left.

I look at the repeated photo on my computer screen, thinking I should be angry or sad, but realizing that I’m not. I’m confused. Did he purposely copy the same one over and over?  Was he asking me about the pictures that day to see if I’d discovered his trick? I take the disc out and re-read his strong handwriting marking our trip in thick black ink. And then I laugh—at my clever son. I can still appreciate his precocious nature that once enchanted me. I loved that boy. I thought the world of him. I place the disc in its sleeve and tuck into the box I’m packing for my new home. Whatever the joke is, I guess it’s on me.

Estrangement: In my garden

Wall of silence: An artistic expression about living with estrangement