Fathers: When Adult Children Turn Away
by Sheri McGregor, M.A.

Most men don’t talk much about estrangement. At least that’s the consensus among a lot of the fathers who do reach out to me (and among their wives, too).

“There’s nothing I can do about it,” says George, father of a 42-year-old daughter who hasn’t spoken to him in years. “I don’t want to talk about something that makes me feel like a failure.” 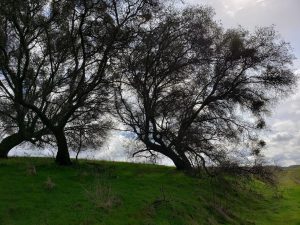 George’s own father wasn’t around much, so being a family man was important to him. He did all the things he thought was right. Attended school functions, worked hard for the family, and spent time with his daughter. They had a good relationship. “Yet here we are,” he says. “I know this isn’t because of me. I don’t have guilt, but I also can’t fix it.”

George’s pain over the estrangement makes him angry, too. “Because of my daughter’s choice, I can’t make my wife happy anymore. It’s just us two now, and the loss of our daughter and the three grandchildren we don’t know is always between us.” George tries to be supportive, but it’s difficult to see his wife so sad. “She used to be so cheerful,” he says. “Always humming. Always making plans.”

George distracts himself with work and hobbies. He tries to cheer up his wife, too. Sometimes, the trying backfires. “She thinks I don’t care about it all,” he says. “And I do.”

I hope to be sharing more about the experiences and feelings of fathers when adult children turn away. While it’s still mostly women who answer the surveys, lately, more fathers have been contacting me to share commentary, news, and feelings.

Meanwhile, here are a few more Father’s Day and other articles.

What about Father’s Day for fathers of estranged adult children