Hurtful behavior, abuse, by adult children toward their parents is covered up to a huge degree. Parents are duped into believing they deserve their adult children’s abuse, sometimes even by professionals. After all, people reason, if they were good, their own flesh and blood wouldn’t hate them. It’s sick, and it’s what keeps many parents from admitting what’s happening to them.

It’s important for you to call bad behavior names, label it, and see it for what it is. That way, you can think clearly about it. This clarity of mind concept and many other practical ideas to help are included in Beyond Done With The Crying More Answers and Advice for Parents of Estranged Adult Children.

Let me tell you about some heroes 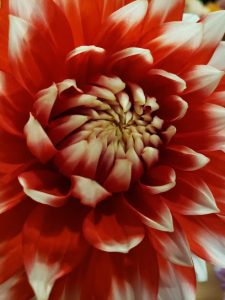 When Mary’s 52-year-old son was in an accident and needed help, she came to his rescue. She agreed to let him live in the second bedroom of her home in the small community she had recently moved to and was sure he’d want his independence and wouldn’t stay long. Mary was wrong.

“At seventy-four,” says Mary, “I’m doing his laundry and cooking his meals.” Mary has noticed some valuable items missing, too. And she’s convinced her son has taken them.

Is the above situation one that involves abuse? Some on the outside would be quick to tell her to oust him, but that’s not always so easy. Mary doesn’t have any other family left, and although she moved to this small community thinking she’d make friends, she didn’t have much time to get started before her son needed help. Although he hadn’t been in touch with her beyond the occasional text or holiday phone call for the last 20 years, his wife had recently divorced him. She felt for her son. He was alone after years of marriage, injured, and coudn’t work. “And he expressed regret,” says Mary. “He said it was a chance for us to get close again.” Instead, Mary stays in her bedroom most of the time now, because to be in the room with her son means enduring lectures about everything she did and does wrong.

Although he’s physically healed, he says he can’t find work. He says he’s depressed, but isn’t getting help. Mary’s son recently told her that if she turned on him too, he didn’t know what he might do. “He meant that he’d kill himself,” says a distraught Mary. “And I can’t be responsible for that.”

Although some people don’t want to think about the abuse of older persons, it’s an ugly truth. And as we age, for our own benefit, it’s important to consider.

The abuse of elders come in many forms. Some older persons are bilked out of their savings or denied their needs by a caregiver. Others are physically abused or mentally and emotionally tortured. The list goes on.

One of the most sobering facts is that in 60% of elder abuse/neglect cases, the abuse occurred at the hands of a family member (adult child/spouse). This fact, and many others about abuse, can be found at the National Council on Aging (NCOA).

Elder abuse is grossly underreported. NCOA reports that only one case is made known out of every 14 that occur. People might ask why that is. I’d like to share with you a short clip about a man, a father named Norman who was in his 70s at the time of filming.

The video was produced some time ago by Erna Maurer of Wise Owl Multimedia. She is a senior citizen who continues to put good out into the world.  The thoughts of the students before and after watching the video themselves are as eye-opening as Norman’s. (I’d love for you to share your thoughts about the video in reply to this article. . . you can click “leave a reply” at the top). Click on the screenshot below to view the video. 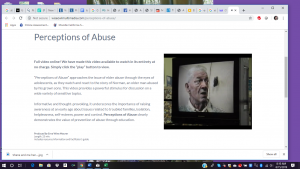 One thing the video brings home to me is that it’s important to consider the older age years while you can. In my book, Done With The Crying

, there are questions about end-of-life scenarios, and facing the tough questions in advance so that your wishes will be honored. Parents of estranged adult children can have lots of complexities to consider.

Norman is socially isolated. Having suffered elder abuse by his adult children (themselves middle-aged men) who exploit his generosity, to create social ties and seek help has become difficult for Norman. For those reading, consider making changes in your life now, so that you won’t end up isolated and at risk. That means facing reality. At the bottom of this article, I’ve included some additional articles that may be helpful.

Also, here’s a book to help. I like this one because it’s comprehensive and empowering.

Who Will Take Care of Me When I’m Old?: Plan Now to Safeguard Your Health and Happiness in Old Age

by Joy Loverde prepares readers to take charge while they can, and empower themselves for decisions rather than leaving them to chance.

Often, in discussions among here about adult children who reject parents, the issue of financial abuse comes up. I’ve talked exhaustively elsewhere about the parents who have done so much (contributed down payments on houses, paid for schooling, helped time and time again … ), so I won’t go into that here. Many believe they have been abused financially by adult children, but wouldn’t think to report it as abuse. I wonder how much bigger the numbers in statistics about elder fraud would be if they did?

Recently, a research team broke elder fraud statistics down for a comprehensive examination. Near the end, some links to individual state research offers further breakdown with a variety of stats. It’s exhaustive, and interesting.

The United States of Elder Fraud

Elder abuse is real. I hope you will share that fact, and help raise awareness not only on this designated day, but all year long.