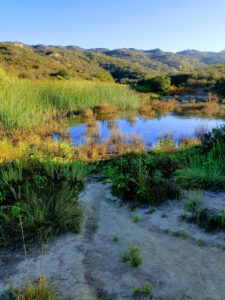 For parents of estranged adults who are sad, walking on eggshells to maintain even the most abusive or one-sided contact, or pining away for the son or daughter who lays blame for everything that has ever gone wrong in their life, there comes a time when enough is enough. Have you reached that point? The day when you’re ready to move on and seek out peace and happiness no matter what the “child” does?

Here are a few questions to help.

How long must you suffer?

Routinely, I hear from mothers and fathers who for ten or twenty years have been neglected, blamed, ridiculed, ignored, or contacted only when the son or daughter needs money. Their self-esteem has taken a huge hit because of the estrangement from adult children. Some are stuck in a sort of guilt mode that they don’t understand, even though they know they’ve been caring parents. Twice in recent months, life coaching clients have seen how their upbringing affected their boundaries and created undue guilt. Other parents wish there had been some closure, so they could lay it to rest. But although closure is bandied about in our society like a peaceful oasis, as I discuss in my book, Done With The Crying

, closure is a myth.

Many of the parents in these long-term estrangements cope well most of the time, but their emotions are triggered when a death or other life event causes contact and/or renews their pain. When that happens, they can go on for weeks feeling blue, reliving the early shock and bewilderment of estrangement, and even asking “Why?” all over again.

Do you want to continue suffering? Sounds like a stupid question. Nobody wants to suffer, right? If you agree, then make a decision to change. Acknowledge all the hurt your son or daughter has caused, and decide not to allow it to shackle you anymore. If you find yourself resisting this idea, that it’s even possible, then it’s time to consider why. 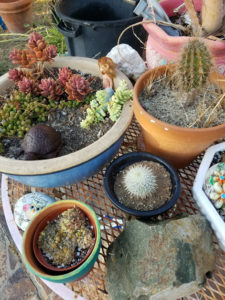 Suffering: Has it become a habit?

For some, the idea of any relationship, even one that causes pain, is better than none—which keeps them stuck. If you feel this way, you may be caught in what’s become a habit or taken on a sort of victim mentality. But the truth is, you don’t have to. As I say in my book, only two letters separate the word victim from victor. Choosing to be a victor requires a choice, as the letters “OR” imply. It’s never too late to claim your right to be happy despite another adult’s decisions.

Does an idealistic belief hold you back?

You might be stuck because of the idea that a parent’s love should be unconditional. While no caring parent gives up instantly, after suffering with no change in sight, it’s okay to give yourself permission to take care of yourself. It may come down to thinking of releasing the need for a relationship that’s unhealthy, or even giving in rather than giving up.

Even if you’re a caring parent who did your best, it’s possible that a belief that it must be your fault is keeping you from moving forward. One mother shared that she grew up in a church with strict ideas about a mother’s role. Although she knew she had done her best, she also worried maybe the estrangement was a reflection of her working outside the home. It helped to see that stay-at-home mothers also have estranged children. Estrangement from adult children isn’t limited to a certain set of circumstances.

What beliefs might you have that affect your ability to move forward despite the estrangement? Pondering the question may be of use. 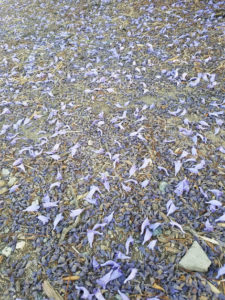 Are you reliving the past?

Some parents keep the pain alive by going over it again and again. One mother who has been estranged from her 52-year-old son for nearly thirty years routinely recounts her estrangement story in detail. She regularly relives the pain of the child she raised turning against her, slowly at first, and then with a full force that included insults and public humiliation. This intelligent woman runs a small business, has a devoted husband, and has raised two other successful and loving children whom the estranged son also left behind. She goes about her life with confidence, yet spends much of her quiet time ruminating over the son she lost, questioning how he could do such a thing to his family, and feeling sad.

This mother and a great many others regularly look for their adult children on social media, or even save old, unkind correspondence—and re-read it. Will it take a computer crash to free you from email from an angry estranged adult child that’s holding you back?

Right now, take a few moments to consider whether you are reliving the past and how doing so may hurt your progress.

Are you keeping company that keeps you stuck?

Some parents maintain relationships with people who remind them of their sorrow and keep them in limbo—unable to fix the problem yet unable to get on with their lives. That might be a relative or friend who says it’s the parent’s duty to keep trying no matter what—even when you’ve tried and been repeatedly beaten back by a son or daughter that wants no contact. 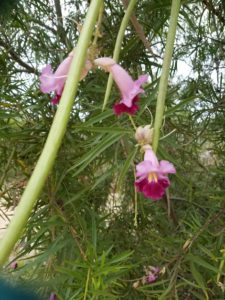 Often, these people with their platitudes don’t have a clue what estrangement is really all about. They think it’s a tiff that can blow over, or chalk it up to immaturity. Maybe those things are true in some instances, but after hearing from nearly 20,000 parents who’ve taken my survey, I know that isn’t true in most cases. Don’t let these people hold you back from a fulfilling life.

At times, even the guise of support can keep parents stuck. Here at the site, there’s a forum which, for the most part, is a helpful venue. Some parents who have moved beyond the pain stay active in the community to provide a caring word to newer members in the throes of early estrangement. While this is positive, there’s also a danger. It’s possible to get caught in an endless loop of recharged pain, anger, grief, and indignation as newcomers post about their circumstances and potentially trigger oldcomers’ pain. It’s also true that a support group can become a crutch, the go-to place to vent feelings or ask questions. At some point, it’s wise to step back and use your own good sense. Doing so can build your confidence.

When is enough enough?

One woman who joined the Facebook page some time ago left a wise comment. When out with her husband one day, they’d driven through the town in which her estranged adult child lives. In the past, she would say something to her husband, and the two would talk about the pain. But on that day, she purposely kept quiet. Her husband was surprised but glad. On Facebook, the woman said she’d come to the conclusion that enough was enough.

I can relate to this mother’s thoughts. Many have read my story, along with those of so many other parents in my book. They know that I used the book’s exercises and research to reclaim my self-esteem and confidence, and to move on in my life after estrangement. But my story didn’t stop with the last page of the book. I continue to move forward in a life with trials and distress (as well as happy times), and even the occasional conflict of some sort of contact from the estranged. I know as well as any parent that estrangement can press in like prying tentacles where and when we least expect it to. But I also know that it’s up to me how much that 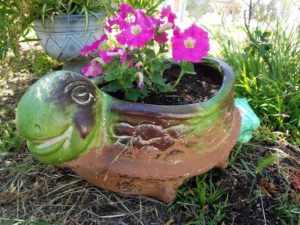 influence takes control. While it’s wise to face the reality and deal with residual effects, it’s not healthy to bemoan the loss and all its affects. Like that woman in the car who made a decision to drive on by, knowing her estranged adult child resided in the city yet choosing to let the pain alone, we can understand when enough is enough.

While attempting to reconcile with an estranged adult child is normal, don’t hinge your happiness on it. Going over what happened and why is natural, but there comes a time when you know you have done all that you can. For some, that includes an apology, or a note saying your door is open when or if they want to try. For others, based on their own situation, it means literally moving away.

You can examine your relationship with a clear head, see how your beliefs might be limiting you, and understand how suffering can become a habit that keeps you stuck. With help and support, you can step forward in a way that strengthens and prepares you for a new way of life. Even while holding out hope, you can give yourself permission to let go, accept that change is inevitable, and embrace it for your own good. You can be done with the crying

. Don’t waste another minute of your precious life.